If you think about it, writers are natural born liars. It’s basically our job description.

We craft worlds from our words and fill them with living, breathing people who never existed outside of our minds. We imbue them with life and embed pieces of our soul throughout the story.

We twist your expectations to fit where we want you to think the story will end only to turn everything you think you know on its head with a few, well-placed words, leaving you wondering how you did not see it all along.

We have the unique ability to make the familiar seem strange and the strange feel familiar. We can make you question some things while blindly accepting others.

The lies we writers tell are loved by the world because we make people think about things they never really thought about before. We are holding up a mirror that shows the world not the way things are, but the way they could be.

These lies help people become better versions of themselves. They help people connect with others and with themselves in a way nothing else can.

In a way, we aren’t really lying. We are just showing the world a different truth.

The real lies, the dangerous ones, are the ones we tell ourselves.

I can’t make it as a writer

This is often tied to the lie that ‘writing is not a career’ and ‘I am not good enough’. Both painful lies that the world around us has a nasty habit of reinforcing. People look at writing as a hobby. Something frivolous that people do in their free time that is of no real value.

It hurts even more when you begin to believe it yourself.

The truth is, you can make a living as a writer. It isn’t easy and is going to take a lot of time and effort, but it is 100% possible. Keep chasing your dreams and you will find a way. You may not be the next JK Rowling or Stephen King, but you can still make a living telling stories.

So-and-so is a better writer than me

First off, ‘better’ is subjective. Trust me when I say there is nothing good that comes from the comparison games. There will always be people who have been writing for longer than you, who have more experience in a certain genre, and who have published more books than you have.

I know some people who can churn out 10k words in a single day. I average about 500, maybe 1k if it is a really good day. When it comes to the quality of the content, there really is no comparison. Different people have different tastes. Your style will never match anyone else’s and vice versa.

You have to learn to be comfortable with your own progress and your own style. Lean into what makes you unique. Don’t let anyone make you feel like you are a bad writer because you don’t write like someone else. Keep writing. Hone your craft.

No one cares what I have to say

This is perhaps the most painful lie of all and it is one I still struggle with on a regular basis. I know what causes it too. When people talk over you when you try and tell them about your new story idea. Their eyes glaze over. They zone out, cut you off, and totally change the subject.

Couple that with the sheer volume of novels and novellas and poetry books already in existence, and the fact that most people do not consider writing to be a valid career?

It leaves you feeling like you have no chance. No one is going to like your book, no one will read it. You are just wasting your time.

This is complete and utter nonsense. There are people out there who need to hear what you have to say. They need to hear your story just as much as you need to tell your story. Words have power far beyond what most people will ever realize.

Every single one of these lies ties back to one thing. Imposter Syndrome. That voice in the back of your mind telling you that you are not enough.  The fear and anxiety that keeps you from chasing the life you want.

The important thing to remember, though, is that they are lies. They are the lies we tell ourselves because we fear the unknown of what happens when we take that leap. What happens when we leave behind everything the world tells us we should want in the pursuit of who we truly want to be.

Words have the power and we were born with words at our fingertips.

It is time we use them.

It is time to change the world.

Strap on your seatbelts and hold on tight, because I am about to take you through the plot of every story ever told.

It is all laid out in The Hero with a Thousand Faces by Joseph Campbell. Published in 1949, this book dives into the pattern that all stories follow in some way. I was first introduced to the Hero’s Journey (or the monomyth, depending on who you ask) in the lead up to my first ever NaNoWriMo. The Hero’s Journey is broken into 12 main stages set in the Ordinary (1-2, 10-12) and the Special World (3-9). Picture it like a clock.

Once you know this basic structure, you will never be able to unsee it. You are welcome. 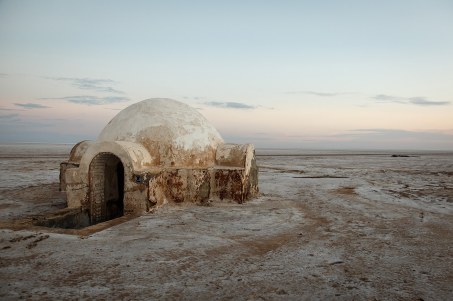 This is where you introduce the main character and begin setting up the main conflict. The hero wakes up, eats breakfast, and goes about their day to day life. This is where you get to meet the hero’s friends and family and see what their ‘normal’ is. You watch them go through the motions of a regular day while longing for something more, something better (because rarely is a hero 100% happy with where they are in the beginning). There might be some hints of the coming conflict, but nothing that really catches the hero’s attention.

2: The Call to Adventure 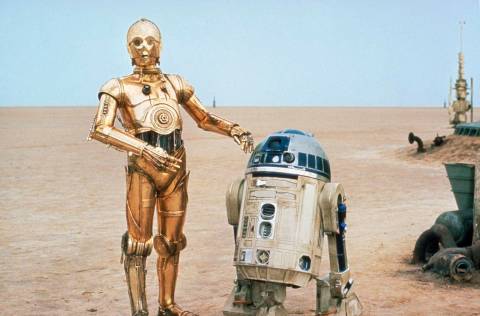 A mysterious messenger arrives to inform the hero that, for one reason or another, they are needed to save the world. It doesn’t matter how familiar they are with the conflict or what their opinion is on the subject. All that matters is that they have been chosen. It is time for them to rise to the task of saving the world.

3: The Refusal of the Call 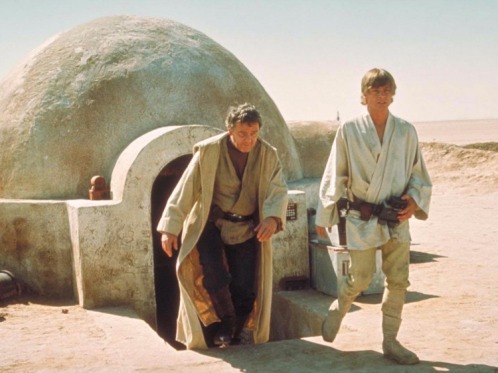 By the time it hits 2, the hero has point blank refused the call. Whether they are unqualified or just uninterested, they have absolutely no intention of answering the call to adventure. They are perfectly happy in their ordinary world, thank you very much (even though they were just complaining about how much they wanted something more not even five minutes ago).

4: The Meeting with the Mentor 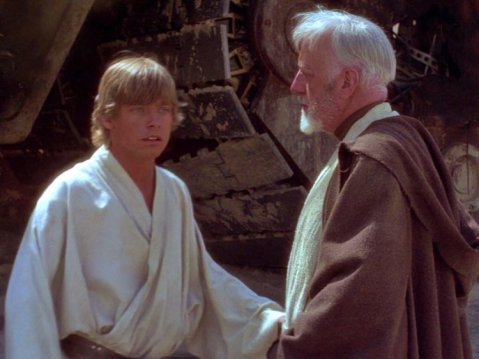 The mentor arrives at 3 to tell the hero that they need to talk. Somehow they heard about the call that the hero refused. They have known the hero for some time or have been in the hero’s shoes at some point. They are more familiar with the conflict than the hero does and often have a greater understanding of the role the hero will play in the coming battles. They are the one who talks the hero into accepting the challenge.

4 o’clock rolls around and the hero is finally ready to cross the first threshold. Reluctant or not, they have accepted the challenge and are answering the call to adventure. This can be a really challenging time for the hero. They are leaving behind everything they know and love. Sometimes they leave because the conflict has already destroyed the one thing they were staying for, other times it is because their home is threatened. Either way, they have accepted the call and there is no going back. Once they reach the point where they cannot return, they have crossed the threshold. The adventure is on and there is no going back.

The 5 o’clock hour is divided into three things. First off, the tests. How well does the hero know the world they live in? Do they have the skills they need to survive? Are they worthy of being called a ‘hero’? Some of these tests are given by enemies who seek to impede the hero. Others are given by potential allies who are trying to decide if the hero is worth following/aiding.

7: Approach to the Innermost Cave

The approach to the innermost cave begins around 6. This is when things are starting to get dark. The hero must be prepared to face the great unknown that they have been fighting against the whole time. Think of this as the dark night of the soul. They have never faced a challenge like this before and they are going to have to use everything they have learned so far to survive this.

The real ordeal starts at 7. This is the final test where everything is on the line. Everything they have learned over the course of the journey will be tested. This is where everything changes, including the hero. Some part of them will break. Something is going to die, whether it be a hope, a dream, or a person. It may even be the hero.

Let’s just say it isn’t called the ‘ordeal’ for nothing.

At 8, the transformation begins. They have survived incredible odds and have come out even stronger (mentally, physically, emotionally, spiritually). They also obtained some sort of prize. The prize is the thing that the hero has been searching for this whole time, whether they realize it or not. It might be an object, it might be a secret. It might be knowledge or insight into a problem. It could even be a reconnection with a loved one. Either way, there is no time to celebrate. The clock marches onward and it is time to return home. 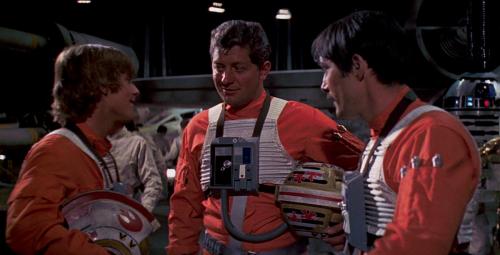 The clock strikes 9 and it is time to return home. This is a reversal of the call to action and crossing the first threshold, a final push back to the Ordinary World. They may revisit some of the same places (which is a great way to showcase just how much the world and the hero have changed since the ordeal). Ultimately, the hero will have to choose between their own personal objectives and a higher cause. Not an easy decision for anyone.

From 10-11 the hero has one final, incredibly dangerous encounter with death. The implications of this fight stretch far beyond the hero’s existence. The outcome of this battle determines the future of the Ordinary World. All of their knowledge and all of their experiences come to fruition in this final fight. This is a chance for the hero to prove that they have truly changed.

12: Return with the Elixir 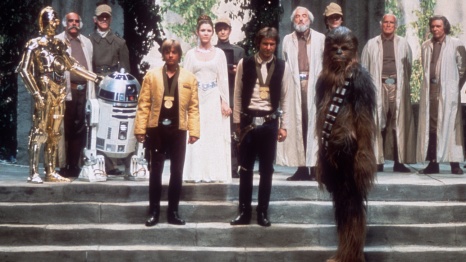 Things have finally come full circle as the hero returns home to the Ordinary World. The conflict is gone, the threat has been vanquished, and there is finally some sort of peace in the world. Yet everything is not as it once was. The hero has changed.  They have grown. They have brought what they learned on their journey home with them to help make their world a better place.

If you pay attention you can see this pattern unfold in all of the stories that have ever been told. We have this natural inclination to telling stories like this and I find it fascinating. I could go on about the psychology behind it all as well as all of the different variations of this journey, the different character types, motivations, etc for hours.  And I probably will at some point.

For now, I have a strong desire to watch Star Wars.